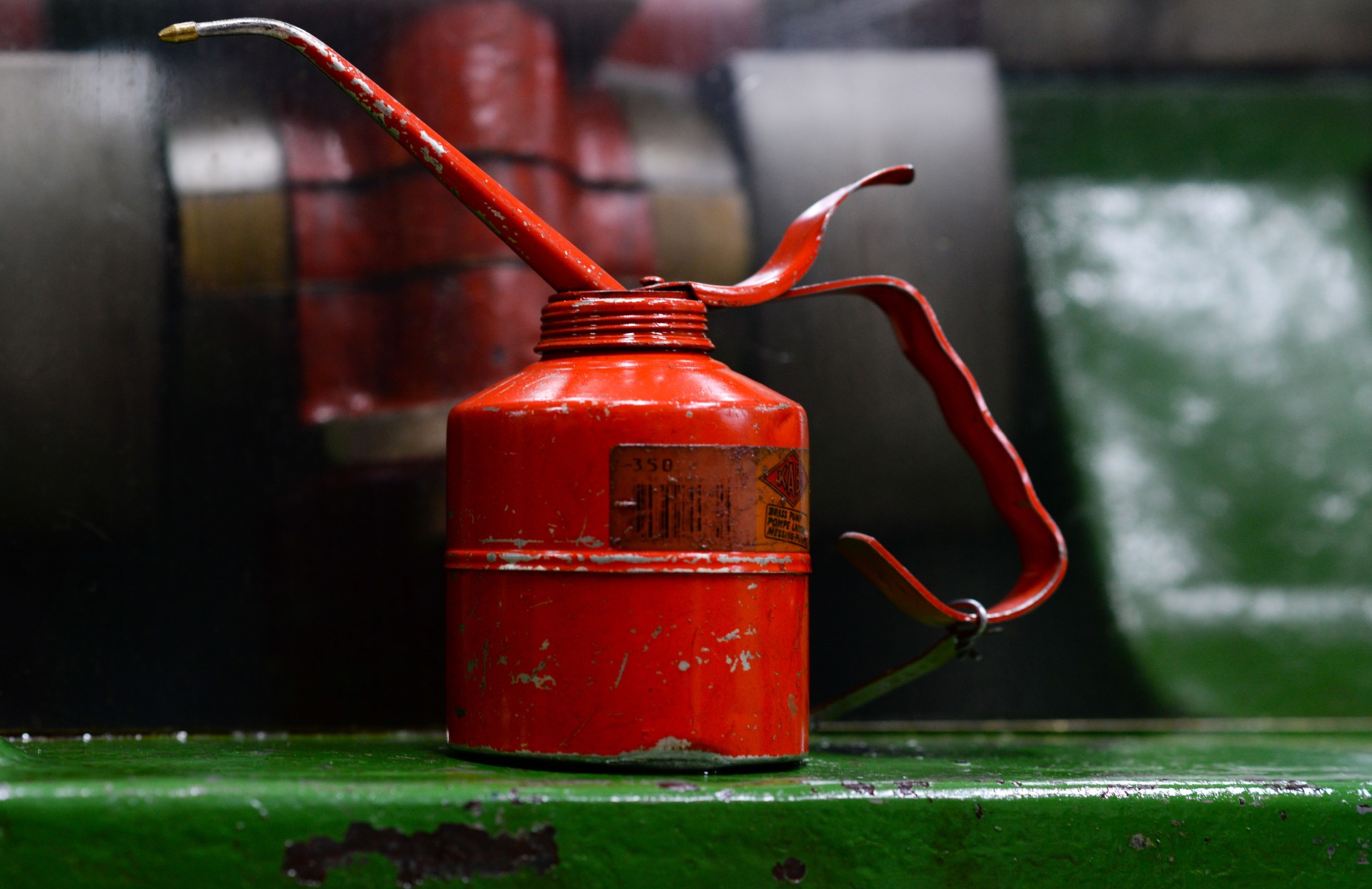 A 3/2 spring return operated by a push button actuator and is typically closed during rest. Actuation of the valve occurs by pressing the push button. The valve returns to its normal when the push button is released. This action is enabled by the action of a return spring.

A 5/2 solenoid operated directional control valve has two flow positions and five equally spaced ports. The valve is actuated by a solenoid and is utilized to isolate and concurrently bypass a passageway for the fluid to extend or retract a double acting cylinder.

A one-way flow restrictor is employed to alter the speed of mechanism. The valve is connected to a working pressure line, between the last control valve and the cylinder ports. When flow occurs in the reverse direction, the compressed air exerts pressure from the bottom of the diaphragm thus opening it, and air passes through it without throttling.

A 5/2 pilot operated directional control valve is pneumatically actuated in a single direction and is returned to rest by the use of spring.

Fluid, gas or liquid that can flow naturally or can be made to flow can be utilized for energy transmission in a fluid power system. Initially, water was used as a medium of transmission and thus all systems using liquids were referred to as hydraulic systems. Apart from water, compressed air is also commonly used. The benefit of suing water and air in fluid power systems is that they are both readily available and can be made to flow through pipes quickly. Pneumatic and hydraulic fluid power are utilized in compressed air brakes in heavy commercial vehicles, pressure regulating valves that prevent the flow of a liquid when it attains a certain pressure and also cable jetting, where telecommunication cables are pushed through ducts by the use of compressed air.

Pneumatics systems are advantageous because they utilize readily available resources, water, and air. Water and air are easy to channel through tubes making the systems cheaper to use. Air can work over a range of temperature and pressure thus making it suitable to be employed in the pressure regulating valves. For the fluid system to be effective, air or water must be passed through a network composed of reservoir, pumps, valves and pipes. The pump will propel the fluid from the source throughout the system to the destination.  The reservoir stores the fluid while the valves regulate the direction and flow. The pipes ensure that the fluid flows at the required pressure. In the above examples, the pipes must be made of a strong material, metal, rubber, or plastic that can withstand the operating pressures (Laguna 2).

In the above sketch, the pneumatic cylinder contains the mechanism that powers the device. Air is supplied from the compressor through the solenoid valve which controls the pressure and prevents backflow. When the air gets into the cylinder, the mechanism activates the clamper joints which in turn move the clampers to grab or drop, according to the need of the user. The control unit provides the platform for keying in the parameters required, e.g. the air pressure required.

Whenever operating machinery in the workshop, safety procedures must be adhered to prevent harm to the operator or damage of the tool being used. The user must have the appropriate PPE to protect them from any harm. Googles, steel-toed boots, leather gloves and aprons are some of the PPE’s to be considered. The compressor must be connected to a valve that regulates the flow. The workshop must be aerated and well lit. Tools must be placed in the appropriate areas to minimize accidents. The tables and work benches should be put at such a height as to be comfortable for the person working on them. All in all, ergonomics should be taken into consideration when designing and installing the device to maximize its output (Xiao, Oo, and Farooq 1).

A pneumatic accumulator is a storage reservoir whereby a non-compressible fluid is stored under pressure exerted by an external force. The accumulator enables the system to overcome extremes of demand by the use of a less powerful pump. The hydraulic reservoir is utilized for the storage of the fluid that will be used to power the hydraulic system. The fluid moves around the system with the assistance of a fluid power pump which gives it the necessary kinetic energy. The energy contained in the fluid is used to power the fluid power motor, which then generates electric power or motion (Jung, Hwang, and Kim 76).